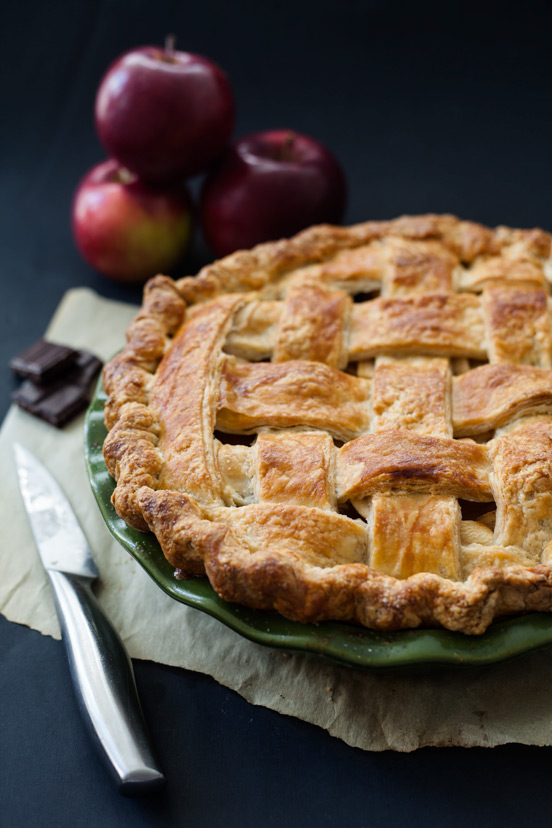 Last month we posted a recipe for raspberry and peach pie. While the pie was delicious I wasn’t fully satisfied with the lattice top. It was my first time doing it and the result was a bit clumsy. One of the reason for that was the amount of pie dough. Most pie crust recipes call for exactly the right amount of flour needed for the crust and top. That leaves not much room for error when rolling out the dough. You almost need to make a perfect round shape each time. So you might have noticed why I use so much flour for the crust. I just had to make sure there was more than enough to avoid any uh-oh moments throughout the making of the pie. After several pies I’ve made in the past few weeks where I experimented with different flour measurements, I found a more reasonable yet comfortable amount of flour for the pie crust. But that’s not all. 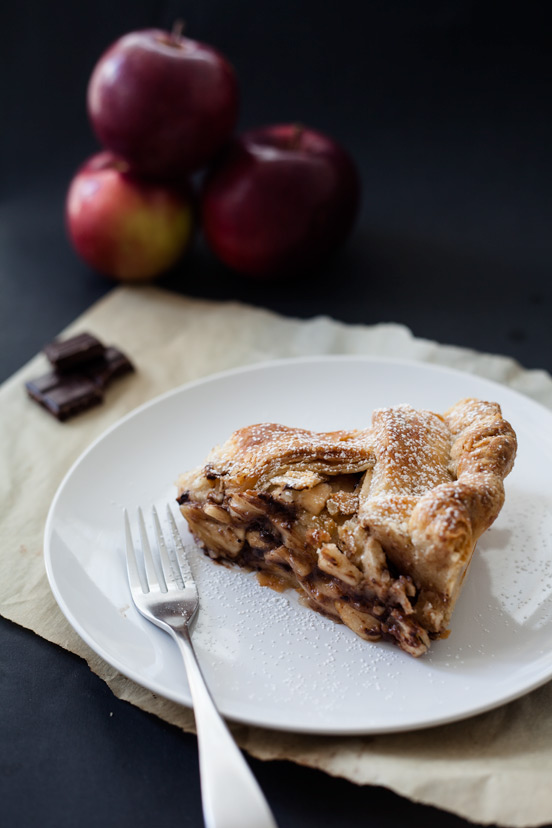 While I was practicing my lattice top and crust technique, I also experimented with fillings. I have a soft spot for chocolate, especially dark chocolate. In fact, I hope to be able to make my own one day but first, let’s talk about that filling. The idea came from Poire Belle Helene which is a french dessert of poached pears glazed with hot melted chocolate. I was curious to see how this could be turned into a pie filling. I tried a few, starting with pear but I wasn’t completely happy with the taste. It could have been the pear I was using were not suited or tasty enough. Apple was surprisingly much better. It paired well with the chocolate, and honestly you can’t go wrong with some apples in your pie. So here’s an original pie recipe for all fellow chocolate lovers. 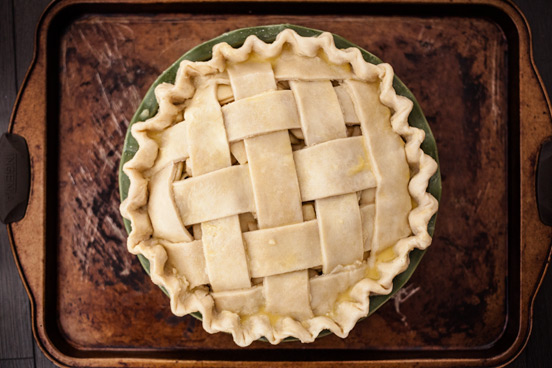